Anatomy and Function of the Stomach

What is Gastric Cancer?

There are a number of tumors that affect the stomach. Gastric cancer refers to the most common type which arises from the internal lining of the stomach and is known as adenocarcinoma. There are two general types of gastric adenorcarcinomas: intestinal type (well-differentiated) and diffuse type (poorly differentiated). There is some evidence that intestinal type cancers have better treatment outcomes than the more aggressive diffuse type. However, both are diagnosed and treated similarly.

Gastric cancer incidence varies significantly around the world with the highest rates seen in East Asia, South America and Eastern Europe while the incidence is less common in North America and Western Europe. First generation immigrants from high risk countries continue to carry some of the risk associated with their birth countries, but this risk dissipates with successive generations. Unfortunately, although the risk is lower in the United States, cancers diagnosed in this country tend to occur higher in the stomach and are of the more aggressive subtype.

Gastric cancer is diagnosed by an upper gastrointestinal endoscopy (a camera examination of the esophagus, stomach and the first portion of the small intestine) and biopsy. 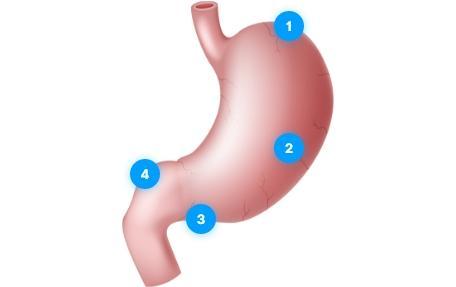 What puts you at higher risk of developing gastric cancer 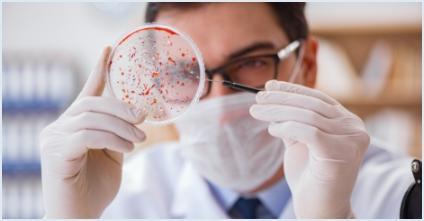 The most significant risk factor is Helicobacter Pylori bacterial infection of the stomach, which often occurs in childhood and usually does not cause symptoms. History of gastric cancer in the family

At Academic Surgical Associates, we have an expert team of medical oncologists, radiation oncologists and surgical oncologists who plan every aspect of your care via a coordinated team approach. We are experts in the minimally invasive surgical treatment of gastric cancer and are among the few centers in Southern California who perform the entire surgical procedure, including removal of all involved lymph nodes, using minimal invasion with laparoscopy or robotics. This results in less pain and chance of surgical complications with and equivalent or sometimes better chance of cancer cure. What are possible symptoms of this cancer?

Gastric cancers are usually asymptomatic when they are small. As they get larger, patients may experience vague abdominal pain, reduced appetite, difficulty swallowing, heart burn. Other symptoms include unexplained weight loss, dark stools or fluid build-up in the abdomen. Unfortunately, none of these symptoms are specific to gastric cancer alone.

How can you treat gastric cancer?